Brain Therapy Centre specialises in the assessment and treatment of brain function.

Neurotherapy (or neurofeedback therapy) involves measuring and training the electrical signals generated by the neurons (nerve cells) of the brain. These signals, called EEG, are related to the degree of activation of different brain regions, and show how effectively the different parts of the brain are operating.

Neurotherapy works by teaching a person to produce more optimal EEG patterns using positive reinforcement. During a neurofeedback session, the client is connected to EEG sensors that measures their brain activity. The sensors are connected to a computer, and the EEG signals are used to control a simple computer game.

Who Can Benefit From Neurotherapy?

The electroencephalogram (EEG) is a measurement of the electrical activity of the brain. The nerve cells, or neurons, communicate by ‘firing’ tiny electrochemical signals from one cell to the next. These signals travel through the skull and cause tiny electrical fluctuations in metal sensors placed on the scalp. By the time the neural signals reach the scalp they have dropped in amplitude to around 10 millionths of a volt! These electrical fluctuations are amplified and displayed on a computer.

The EEG appears as a wavy line, and shows the electrical fluctuations caused by the synchronised firing of groups of neurons. The placement of the sensors on the scalp determines which parts of the brain are measured.

For example, Attention Deficit/Hyperactivity Disorder (ADHD) has a common EEG ‘biomarker’ that shows as excessive slow wave activity in the frontal and central parts of the brain. This means that these brain areas are less active, which can cause problems with regulation of attention and physical activity. 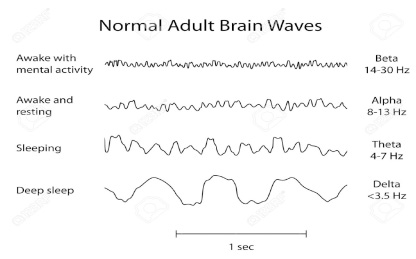 Enquire about our services or book a free information session.