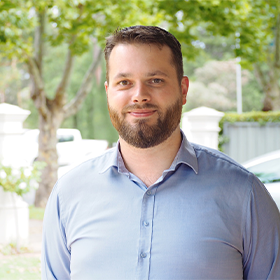 Joel first became involved with neurofeedback therapy while working at Brain Health Clinics. Prior to this, Joel worked at Adelaide University and UniSA as both a teacher and a researcher.

Joel completed his Bachelor of Psychology (Honours) degree in 2008 at UniSA, and is a registered psychologist. He has training and experience using a wide range of psychological assessment tools and intervention strategies including Cognitive Behavioural Therapy (CBT) and Acceptance and Commitment Therapy (ACT).

Joel is accredited as a neurotherapy practitioner by the Biofeedback Certification International Alliance – Australia (BCIA-A) and is an active member of the Applied Neuroscience Society of Australasia (ANSA). He is also certified to  interpret QEEG at the Diplomate level by the international QEEG Certification Board. Joel is a member of the Australian Psychological Society (APS).

Joel’s has a special interest in treating a range of developmental disorders such as Attention Deficit Hyperactivity Disorder (ADHD), Autism Spectrum Disorder (ASD) and intellectual disability, in both children and adults. Joel also has an interest in helping people undertaking treatment for cancer, both with supportive counseling and neurofeedback to improve the symptoms of ‘chemo brain.’ Joel is also interested in peak performance training, and using neurofeedback to improve post-concussion symptoms.